Welcome to the 3rd #RealTimeChem Week awards. This year the awards have changed a little this year with some new prizes. All Pt award winners will get a prize this year (a key ring!). Of course, the 3 best tweets of the whole week win an all new fabulous #RealTimeChem Week 2015 branded mug as a prize (rather than aforementioned key ring). For more detail on the prizes and how the awards work see my recent blog post.

This year the awards are once again ordered into Ag (6 winners), Au (4 winners) and Pt (2 winners). Please note that within these categories they are in no particular order.

So without further ado, onto the 2015 awards.

Thursday. We’re over the hump and heading toward the weekend! Lots of #RealTimeChem this fine Thursday and plenty of cakes and other creations being entered for the The Great #RealTimeChem Cook Off (which is open until 25th October!). The #RealTimeChem Week Awards for Thursday can be found below.

Sofia got some pretty crystals here and a rather elegant tweet to go with them. Her haiku’s and tweet poems are always great to see on the #RealTimeChem feed.

I’ve never seen Samarium Iodide before either. My, it’s a soothing shade of blue isn’t it? Thanks for sharing Chris.

I’m not quite sure what @orgchemby is columning here, but it sure is a pretty shade of red!

I hope everybody crossed their fingers for Jonathan with this one. I’m liking the addition of an old wooden box to sit it on. Old school.

A Br-Li exchange, routine for o-chem, but the fate of my PhD depends on it #RealTimeChem #crossingfingers https://t.co/uliGrE3RSx

Sometimes even with all the modern gizmos and gadgets you just gotta get out some pen and paper like ai here and write like there is no tomorrow. It is however physical chemistry so…um…KILL IT WITH FIRE!

My hand is starting to hurt. #RealTimeChem https://t.co/HmmDwhPm2f

Now, in the lab everybody has their “stash” of something, be it flasks, suba seals, adaptors etc etc. Paul found the mother-load of vacuum grease.

Alex joined up for cooking classes just in time for The Great #RealTimeChem Cook off. It’s interesting how professional kitchens look more like food laboratories.

So I signed up for a cooking class at the local college. The reactors look a bit different. #realtimechem https://t.co/tPJCWUyk9B

Jeff showing off some more fabulous colours this time crystals of copper sulfate. A common compound, but the shot here is fantastic. Beautiful work.

I think SuperScienceGirl found the best labelled vial ever. It’s like poetry.

Alexander took this stylistic shot while waiting for his product to melt. These machine are the worst aren’t they? Just when you’ve given up on it melting, it suddenly goes and you totally missed it. Just having a bit of an undergrad lab flask back there! 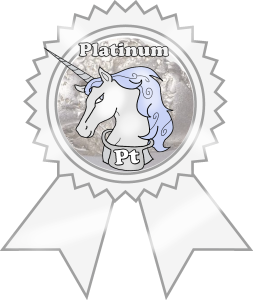 My favourite video of the day this one. Tom shows how even chemistry can go all spoooooky for Halloween!

Rebecca loves her crystals and they love her right back! This is super sweet and a lot of you thought so to you hopeless chemistry romantics you.

Note that the two Pt Award winners will be entered into the final Tweet of the Week competition and are in with a chance of winning a #RealTimeChem week 2015 mug!