As in the previous year, the awards are ordered into Ag (10 winners), Au (7 winners) and Pt (3 winners). Please note that within these categories they are in no particular order of favoritism. Those Tweeters who have won a Pt will be the lucky ones with a chance to win the prizes.

So without further ado, onto the 2014 awards. 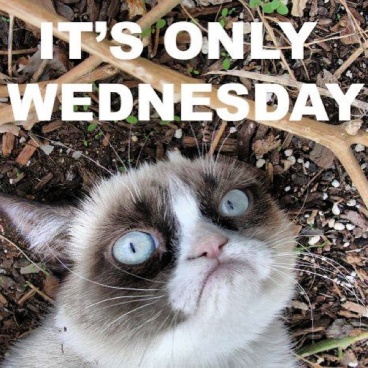 Okay. Point taken. On with the awards for Wednesday.

As @chemistLN has found, a good supervisor always know how to motivate you.

My new motivational at my desk, but my PI wants it in the lab. #realtimechem http://t.co/ujyzPkltio

Jason Khoury made his own colour chart out of perovskites!

Chemists are generally big fans of beer and Dr Neil shares the first of hopefully many brewings to come from burly men with supreme facial hair.

Vittorio plays around with magnetite, forming his very own rorschach test. Why does he see a bat? Because he’s Batman!

As TehshikYoon shows chemistry isn’t always pretty colours and explosions. Sometimes you can spend a lot of time writing and then an even longer time checking that dissertation/thesis/latest paper. It’s all chemistry.

Editing a dissertation draft. Not quite as pretty as a flask full of crystals, but still #realtimechem for me. http://t.co/s5XaLQNkOU

If you must do lone working. Make sure people know you are. If possible do it in a way they will definitely remember. I think Erik has that covered.

Made a sign for when I'm working alone in the lab. #RealTimeChem http://t.co/SR7LTdrB3f

TodayInTheLab’s glove box looks sad and a lonely, like its missing its inorganic chemist.

I’m pretty sure DanySR has been experimenting on Smurfs in the Lab…or blueberries.

I've seen some pretty tasty workups this week. I raise you my blue one! Metal-free. #realtimechem http://t.co/ZsF8p8B7mB

Putting stuff in Liquid Nitrogen. It never gets old does it? As proved by the Conway Group

OK, here are the flowers going into the liquid nitrogen #RealTimeChem telly.com/1M04LGK”

Dennymay grew one hell of a keeper of a crystal. Now, just how did you get it out of there?

Slow growth means crystals you could mount on a ring. #realtimechem http://t.co/YV1svPIcem

I’m pretty sure Organometallica has won the competition for biggest crystals this #RealTimeChem week and got themselves a gold.

Who wants to play "biggest crystals of #realtimechem week?" http://t.co/9w5LnQyLxZ

Paul Coxon lost his wafer, but I think I see the remains of The One Ring.

Weird looking CV plot, so peered inside the furnace and saw my wafer had fallen off. A wasted morning #realtimechem http://t.co/SpcfUGyls8

@mantalek Starts a round of RealTimeChem haikus. Really capture the feel of those lab moments.

A Haiku for #RealTimeChem : My product's not there This reaction worked last time NMR a mess

Brian gives us some invaluable advice on just how bad that stench really is. They should put that on the label!

Do not open - Stench! 3-methylindole, aka skatole, aka "essence of stale beer farts". #realtimechem #stinkyscience http://t.co/BC0jmZicA6

A rather funny tweet from Angelo. I’m sure that all those sample behaved themselves.

Laura Jane shows off the perfect shoes to do chemistry in. I wish there was a J on the Periodic table…

Andreas gave us a proper lesson and a classy looking photo all in one.

Note that these three lucky people will be entered into the final Tweet of the Week competition and are in with the chance of winning a #RealTimeChem week 2014 mug!

"I've made peanut butter!" Thought the chemist until the strong amine smell nearly knocked him over #realtimechem http://t.co/dBYDhYE9Gp

After all that peanut butter, I should wash it down with Neurotic Chemist’s unknown wine. It’s the only solution. I think it’ll take quite a few samples to determine it’s identity. Yes, quite a few.

St Stev shows off a classic experiment known as Pharaoh’s serpent. It’s a oldie, but a goody and I really like this before and after shot.

Fun in the lab with Pharaoh's Serpent (decomposition of mercury thiocyanate), coinciding with #RealTimeChem week! http://t.co/Su2kXGtvsO

We are over the hump. Well done again to all of the winners and thank you for taking part in #RealTimeChem week 2014. We’re half way through the awards now, but plenty of time to share some chemistry and have some fun with the rest of the community.