As in the previous year, the awards are ordered into Ag (10 winners), Au (7 winners) and Pt (3 winners). Please note that within these categories they are in no particular order of favoritism. Those Tweeters who have won a Pt will be the lucky ones with a chance to win the prizes.

So without further ado, onto the 2014 awards.

Tuesday…. it comes after Monday. The English name Tuesday is derived from the  Old English Tiwesdæg and also the Middle English Tewesday, which means “Tīw’s Day” i.e., it’s the the day of Tiw (or Týr). Tiw was the god of single combat, victory and heroic glory in old Norse mythology.

You didn’t think you’d learn something random about Tuesday in this post did you? 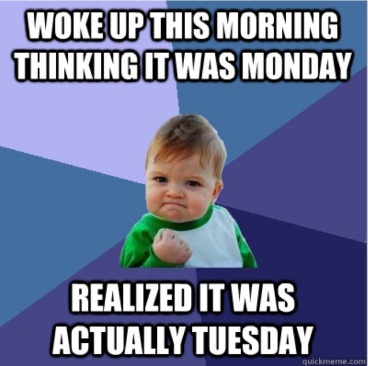 Speaking of heroic glory…on with the awards for Tuesday.

Advice for life. Always read the label. Thanks Matthew.

I probably should have listen to the label #realtimechem http://t.co/Izp9GsnM8s

Yesterday’s food and drink theme keeps on going with @i_Leen. All of this is making me thirsty…

To quote my fume hood buddy, "it looks like a mango smoothie" #realtimechem #sugarchemistry http://t.co/GakYuoou1L

Much like Ian, we all love a bit of machinery.

Vittorio starts a game of “my buchner f is bigger than yours.” To be fair that funnel is bloody enormous. We should probably all start worshiping it or something.

I’ll give Daniela points for the #RealTimeChem poster on the door. Plus an atmospheric shot of the empty lab beyond. Sometimes chemist’s get days off. Here’s the proof!

Sorry #RealTimeChem no one in the lab today. It's Quebec national day! http://t.co/WNK2BSWPGy

Matt R gets out the big spoons for today’s example of bucket chemistry. After all, who needs a spoon and fork, when you can use a spork?

@schlztnb shows all some handy man skills to wire up some photoemission equipment. Make-do-and-mend is alive and well in the world of chemistry as always.

Making some coax cables for wiring up the photoemission chamber. Hopefully have data by week's end! #RealTimeChem http://t.co/1viPgwXkrq

That’s one dirty pump @jgrimesjr…also strangely disturbing. It looks like some kind of robotic owl… Stop looking at me…aaaaahh.

Why was my vacuum pump not venting out the vent port and having problems? Damn TFA #realtimechem http://t.co/Rbd6YyDyRz

As Mags shows elephant’s toothpaste is just one of those experiments that’s great fun for kids. Plus it’s a great way to make a mess!

Harry Shirley, he is well good at proof reading, ya get me?

Monica provides some very useful practical advise about purifying allyl bromide. I wish I’d known this one, I was always using this stuff!

Azamanam always seems to be full of good ideas. This time it’s a ChemDraw challenge. Dare you take up the challenge?

Who's up for a #RealTimeChem #ChemDrawChallenge where we take some mechanism and redraw it with design in mind? ex: http://t.co/mdkWiLFbyQ

I made irn-bru! Just need a #realtimechem mug to drink it from.... http://t.co/cNcHUhonM8

I wish I had enough mugs to go around for everyone who has joined in this year including you Sarah. I’m not the only one who thinks that crystal in the middle looks like something rude right? Right

Chemistry book authors. The rock stars of the chemistry world. @Azaprins is close to completing the band.

Note that these three lucky people will be entered into the final Tweet of the Week competition and are in with the chance of winning a #RealTimeChem week 2014 mug!

Andres was knocking it out of the proverbial park all day with brilliant looking stuff from the lab. Here’s my favourite (in keeping with the ongoing food and drink theme!) although it was tricky to pick!

Oh Jojo, that is the saddest most shrivelled nitrogen balloon I’ve ever seen. I think this sums up the feelings of all chemists who’ve ever had a reaction fail. We all feel like that balloon. We all feel your pain. It’s a great photo though.

My N2 balloon, not unlike my hope for a successful reaction, has deflated overnight. #realtimechem #realtimethpbbbt http://t.co/A2FplmESf2

Fantastic looking shot of an almost mosaic like product from Lab Daily. You don’t see that everyday.

So Tuesday is all done and dusted. Congratulations to all the winners and thanks for taking part in #RealTimeChem week. There’s still four more chances to win an award, so keep on “chemistrying” (that’s now a word).